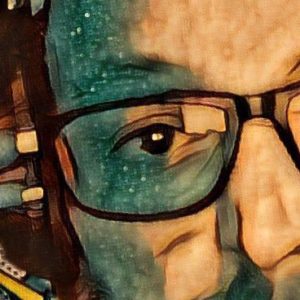 In the last post, I wrote about metadata driven run management. A system that caches the output from views in tables(if defined) and finally creates synonyms to either a view or cached table. I build this for a client that I am working for at the moment.

In the views, there are a lot of dependencies with each other. In the old way, the views where cached by using stored procedures that loops through all of the views. The load order was alphabetically, so when there was a dependency in views, they used numbers in the names to make sure things are cached in the right order. In my system, the views are being cached in parallel and the load order is automatically defined by looking at the dependencies as mentioned in the previous post.

Which gives me these results(Pokemon example from the last post)

I then use these results to fill the relationship table between the objects in my system in Parent-Child. The ID’s in the example below, are from the base table where I store all of the views with metadata.

When the relations between the objects are stored. I can write queries to use in different procedures and functions to determine the load order. For instance, I began by creating a function which places everything in a hierarchie as shown below.

I used this, to loop through the different levels by updating the sorting/load number in the metadata settings. And there you have it, the load order is defined. For my client we have seen, by doing it this way, that some views are build witch 10 underlying views.  Which is a lot of course. So it gives you a good idea off the areas that can be improved.

That is it! If you have any questions/comments/remarks, please let me know by contacting me. Until next time!

This website uses cookies to improve your experience while you navigate through the website. Out of these cookies, the cookies that are categorized as necessary are stored on your browser as they are essential for the working of basic functionalities of the website. We also use third-party cookies that help us analyze and understand how you use this website. These cookies will be stored in your browser only with your consent. You also have the option to opt-out of these cookies. But opting out of some of these cookies may have an effect on your browsing experience.
Necessary Always Enabled
Necessary cookies are absolutely essential for the website to function properly. This category only includes cookies that ensures basic functionalities and security features of the website. These cookies do not store any personal information.
Non-necessary
Any cookies that may not be particularly necessary for the website to function and is used specifically to collect user personal data via analytics, ads, other embedded contents are termed as non-necessary cookies. It is mandatory to procure user consent prior to running these cookies on your website.
SAVE & ACCEPT